Eye of Hathor is a five-reel, 10-variable payline slot game with free spins and Gamble features. When 3 or more scatter (Pyramid) symbols appear anywhere in reel view, the feature screen is displayed where the player has to choose one among the three Pyramids. 10, 12 or 14 free spins will be randomly awarded. Free spins can be re-triggered. Players have a chance to increase their winnings through the Gamble feature. 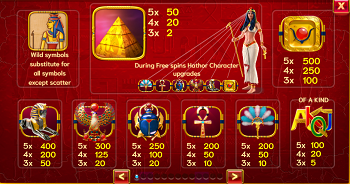 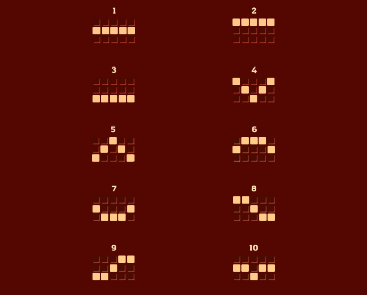 Return to the player:

The theoretical return to player of this game is 96.15 %.

Gameplay history can be accessed by logging into your account on the desktop website and choosing menu “Game logs” inside any game.

1. I could not complete the game. What should I do?

3. Malfunctions void all pays and plays.

4. If you are still having problems, please contact our 24/7 Customer Service team.